Soda water or still water? The big question. Here in Israel, we love our soda water. Maybe we relate to the pressure that builds up from those little bubbles of carbonation, or maybe we just like the fizz. Whatever the reason, in most Israeli homes you’ll probably find a carbonation device called SodaStream.

Until 2015, this Israeli company held it’s main manufacturing branch in the settlement of Maale Adumim. This, to say the least, bothered some people. You see, Maale Adumim lies across the green line in the West Bank and is considered by most of the international community to be an illegal settlement.

Starting in 2010, a series of organizations and courts, including the European Union’s highest court, came to decisions and rulings that put pressure on SodaStream for residing in the West Bank. It was easy to trace the source of this pressure. Better known for its initialization BDS, the Boycott, Divestment and Sanctions movement sprung up in 2005 and set as its goal to end Israel’s violation of international law for the sake of the Palestinian people. Since then it has swept across platforms from university campuses to International courts.

In 2015, SodaStream announced that it would be shutting down its plant in the West Bank and laying off 500 Palestinian workers. A movement that claimed to be protecting the rights and privileges of the Palestinians was suddenly forced to reconcile with the fact that they had just cost 500 of these people their jobs.

Bassem Eid was born in Jerusalem but today he’s a Palestinian citizen of Israel. Bassem is an ardent Palestinian human rights activist and he joins us today to talk about BDS and the Israeli-Palestinian Conflict. 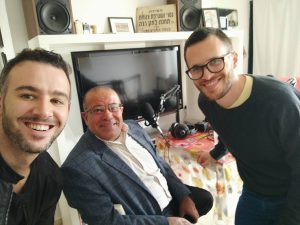