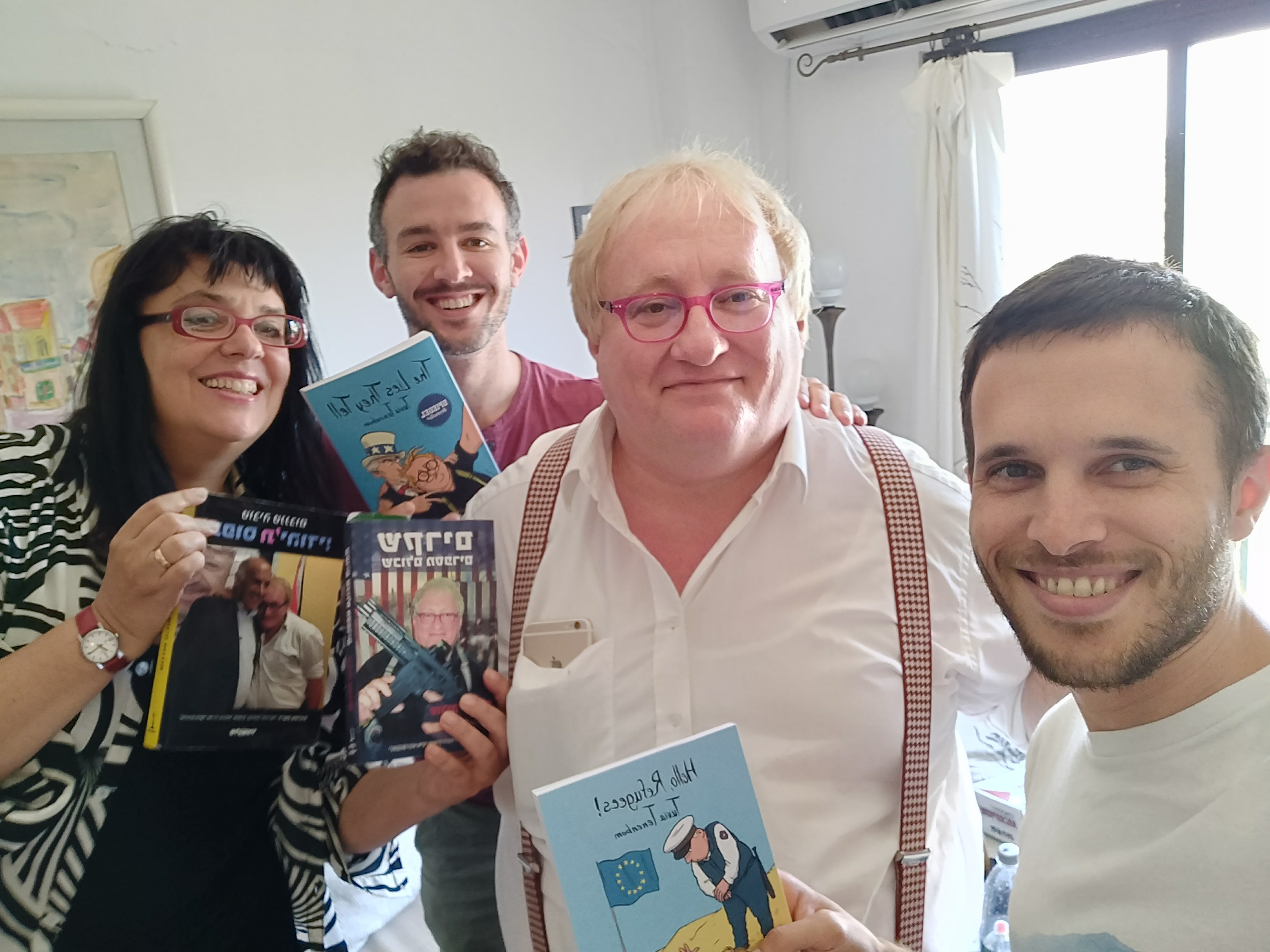 When people talk to journalists, they tend to be extra careful as to what comes out of their mouths. It takes a whole new level of journalism to penetrate into the depths of the soul of a person – you have to smoothen your way in, create intimacy, have a drink or two together, and then, and only then – maybe you’ll get a glimpse into the what someone really thinks.
Tuvia Tenenbom has made this practice an art. Tuvia was born as Haredi in Israel to a German speaking family, but eventually moved to the States where he founded the Jewish Theater of New York, which is currently the only English speaking Jewish theater at the Big Apple. He wrote 16 plays for that theater.
As a columnist, Tuvia’s essays were published in the most highly esteemed papers out there, including a column in De Zeit, Germany’s leading newspaper.
In recent years Tenenbom has devoted his time to write books. His very unique genre is a non-fiction, journalistic, humoristic, books which describe the journeys that Tuvia embarks on – “I sleep in Hitler’s Room”, his debut book, depicts his journey throughout Germany, talking to Germans, sometimes pretending to be a German himself, hiding his Jewish identity.
In the book “Catch the Jew” Tuvia pretends yet again he’s a German journalist, thus infiltrating the highest ranks of Palestinian regime in the Territories, to find out what the Palestinians really think about Israel and the Jews.
His third book, “The Lies They Tell”, described a painful journey throughout the United Stated, when Tuvia goes to places in America, so deprived of government or God, that no one knew still exist.
Tuvia’s upcoming book will unfold his adventures at the refugee camps in Europe.
2NJB is thrilled to have Tuvia Tenenbom with us.