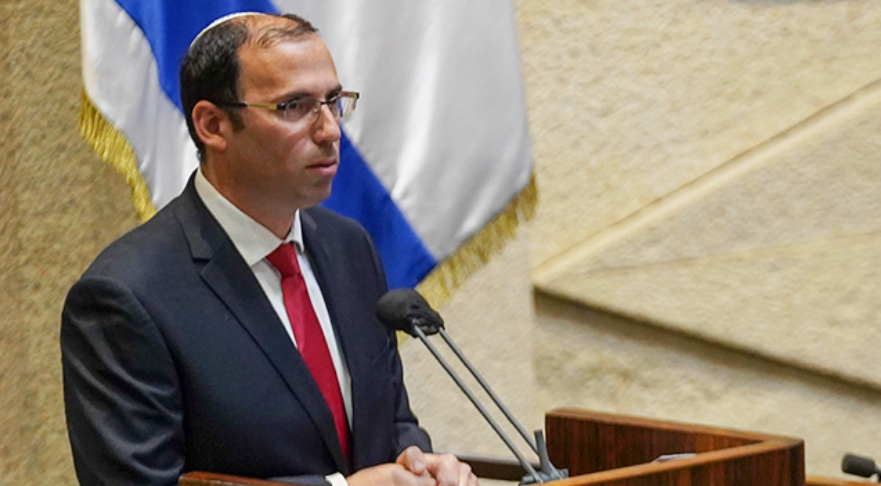 We are also sponsored by Masa Israel, check them out at Masaisrael.org

***
During the week of Passover in 2002, a young Israeli-Arab walked into the Matza restaurant in Haifa and blew himself up, killing 16 Israelis and wounding many more. The terrorist was the son of a Palestinian from Jenin who was married to an Israeli-Palestinian woman from Northern Israel.

This week the Knesset is scheduled to vote on one of the most impactful laws legislated in recent years, a law that could breach the very concept of what it means to be an Israeli – the Citizenship bill. This law is so controversial that it threatens to dismantle the coalition. Included in the law is the fundamental question of how a non-Israeli Palestinian may become a citizen of the State of Israel. One of the versions of this law to be voted on was proposed by our guest today, Knesset member Simcha Rothman.

Simcha Rothman recently joined the Knesset as part of the Religious Zionist party led by Betzalel Smotrich. He is a lawyer and the co-founder of The Movement For Governability And Democracy, an NGO which advocates for returning power from the judicial to the legislative branch. His book, “The Supreme Court Faction” depicts how judges, prosecutors and bureaucrats have stolen power from the democratically elected representatives. We are thrilled to be joined today by MK Simcha Rothman to talk about his proposal for the Citizenship law, the judicial system in Israel and much much more.