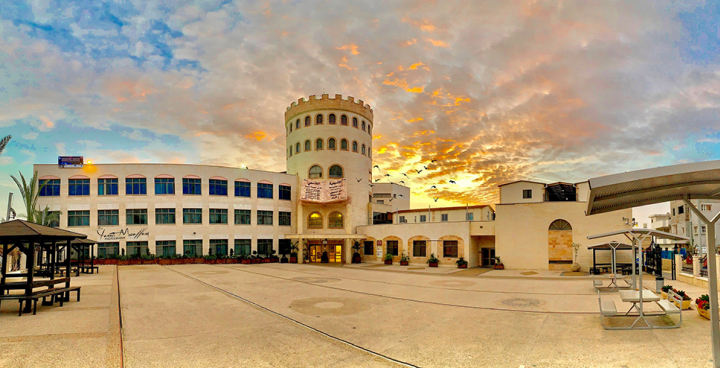 Check out our NEW merch store!
www.2njb.com/merch
***
For so many, the Arab-Israeli World is a mystery. Even in Israel, where we live side by side with Arab-Israelis, it’s a foreign culture to us non-Arabs. We read about it in the news, we see it depicted in movies and television and we hear it talked about endlessly. But we don’t really know what it’s like. Probably the only part of their culture some of us know fairly well is Arab food – Shawarma, Knaffeh, Msabaha, the list goes on and on. It’s a good list too. But other parts of the culture are alien to us.

For example, what is it like to study in an Arab academic institution?

Well, our guest today might just have some insight. Avi Shalev served in Military Intelligence and the Civil Administration in Judea and Samaria and the Gaza Strip for 24 years. And then, he had what some might call a crazy idea. He wanted to obtain a teaching certificate in order to teach Arabic in schools and he decided to do it in Al Qasemi College, a Sufi Muslim academic institution in Baqa al-Gharbiyye, an Arab village along the border with the West Bank.

Avi wanted to cross the imaginary lines that divide Jewish and Arab Israelis and try to understand what life is like on the other side. Avi documented his experiences in his new book Al Qasemi Journal, or Yoman Al Qasemi in Hebrew and he joins us today to share his experience. We are thrilled to have Avi Shalev on the podcast today.
“The Al-Qassemi Diaries” on Headstart: headstart.co.il/project/64485