Episode 253 – Everything You Wanted To Know About Iran But Were Afraid To Ask (Dr. Thamar E. Gindin) 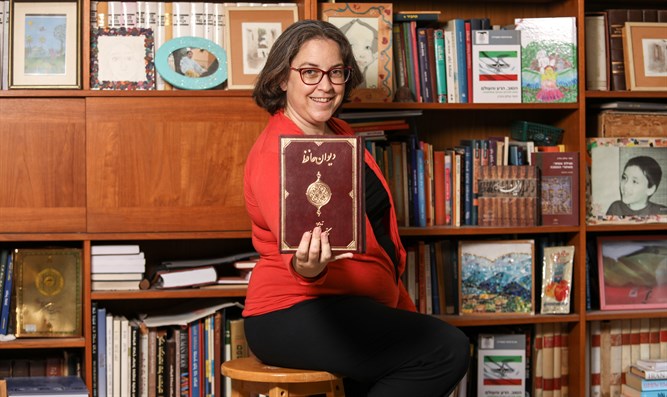 On October 1st, 1939 Winston Churchill gave a speech on BBC Radio. When talking about the Soviet Union, Churchill said it is ‘A riddle wrapped in a mystery inside an enigma’. Now, 82 odd years later, while that definition is still true to modern time Russia, it’s just as much true about another country the west is struggling to understand. It’s Iran.

Iran is vast. With 1,684,000 square Kilometers, it is larger than the combined territories of France, Germany, the Netherlands, Belgium, Spain and Portugal. It’s the 16th most populous country in the world, with almost 83 million citizens. It has an army of almost a million people. And all of this might is ruled by a bizarre combo of a kinda-democratically-elected president, alongside an almighty supreme leader, the Ayatolla.

Iran is the number 1. sponsor of terrorism on the entire globe, with the intent to ‘spread the shiite-islamic revolution’. They are the main funding source for terror organizations such as Hamas and Hezbollah. And they also don’t hesitate to kill their own, with tens of thousands of innocent Iranians who died for no reason since the 1977 revolution.
Last week a new president was sworn to office in Iran, Ebrahim Raisi, ‘The Butcher of Tehran’, who massacred thousands of innocent Iranians when he served in various roles in Iran’s judiciary system.

Today, it is safe to say Iran seeks to become a world superpower, and eventually destroy the ‘small devil’ – Israel, and the ‘Big devil’ – the United States.
Will they succeed?
To try and understand what makes Iran tick we figured we’d bring someone who knows it best. Today we’re joined by Dr. Thamar E. Gindin.
Dr. Eilam Gindin is an Iran expert from the Ezri Center in Haifa University. She is also the host of the Podcast ‘Enriched Iranium’ in Hebrew. We’re super happy to have her on the show today!

Two Nice Jewish Boys · #253 – Everything You Wanted To Know About Iran But Were Afraid To Ask (Dr. Thamar E. Gindin)
Tagged in