Episode 24: Lincoln and The Jews with Professor Jonathan D. Sarna

This Sunday is the birthday of the iconic 16th American President and it turns out that Abraham Lincoln was in fact a pretty good friend of the Jews (at a time when it wasn’t necessarily so popular to befriend the “Hebrews”).

Abraham Jonas, who the president himself described as his “most valued friend”, was first to advise Lincoln to run for president. Issachar Zacherie, foot-doctor and spy, alleviated many a pains on Lincoln’s feet but also helped the president secure his second election. These, and many others, are a testament to the important relationship between Lincoln and the American Jewish community.

In celebration of Lincoln’s 208th birthday, Two Nice Jewish Boys visited the Giv’at Ram campus of the Hebrew University for a special episode with Professor Jonathan Sarna. Professor Sarna’s newest book “Lincoln and the Jews” is a fascinating biography examining the former president’s close ties with the Jews of his time. The historical narrative is accompanied by Benjamin Shapell’s vast and gripping collection of rare documents and photographs which really transport the reader in a way that few historical non-fiction books manage to do.

Tune into our latest episode to hear about all this and more. 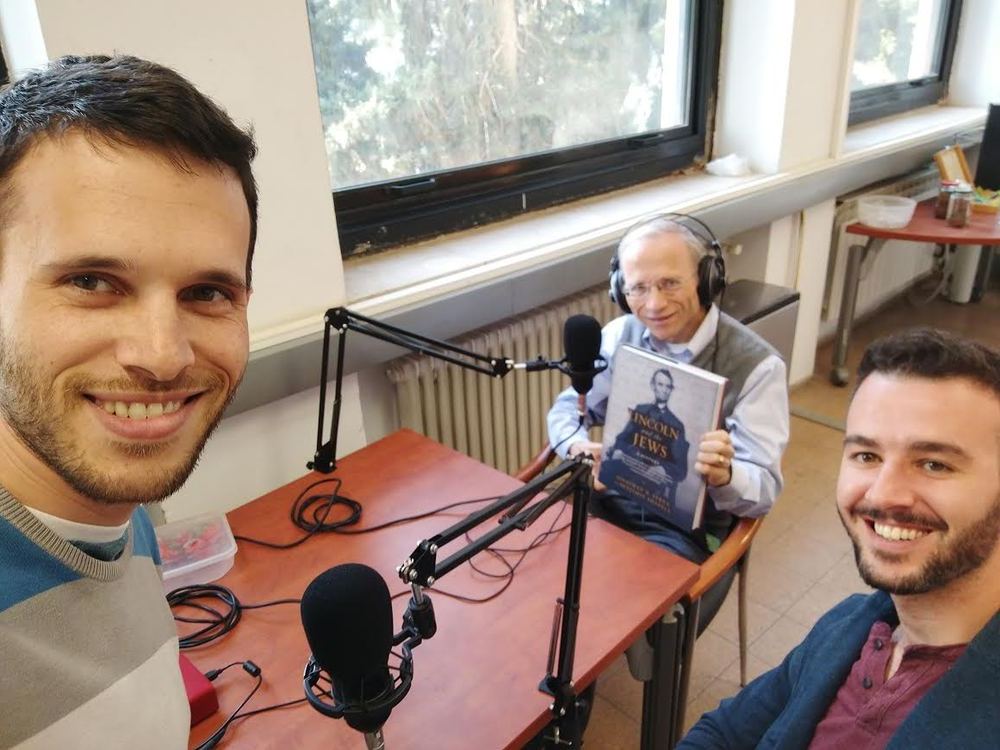