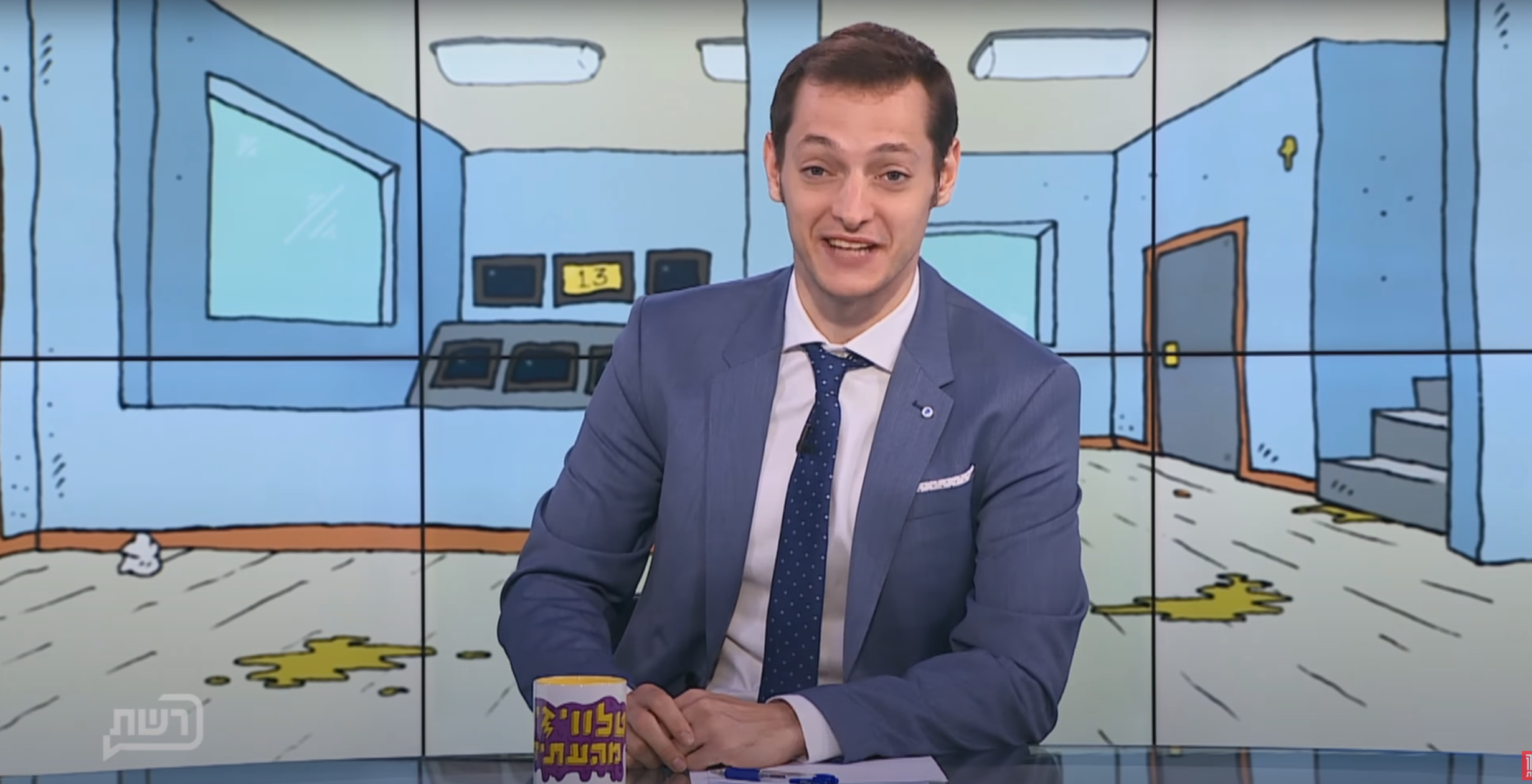 Humanity, in general, can be divided into two main groups: those who watch the news, and those who live a happy and prosperous life.

But if you’re a sucker for news and politics like us, you’re doomed to cope with an endless stream of spins, fake news and manipulations, that it’s hard to sometimes really know what the hell’s going on.

Fortunately there are good people who take upon them the burdensome job of fact-checking, sifting through dusty archives, watching hours upon hours of materials, in the quest for a slippery thing called The Truth.

Yoav Rabinovitz, our guest today, is one of those people. By day, he’s the chief-editor of the super influential TV show “The Other Side with Guy Zohar”, which deconstructs news items and political speeches, and confronts them with the facts. And by night, Yoav takes off his suit and becomes a stand-up comedian, the wittiest tweeter in the Middle East, and a guy that can dance as if he’s the love child of Michael Jackson and Mick Jagger.

2NJB is happy to have Yoav Rabinovitz to talk about these turbulent times in Israeli politics, the justice system, and above all – why he thinks Aroma, the Israeli coffee chain, is the best place in the world.